The Bristol Balloon Fiesta hangs on the glorious UK weather, so I write this with disappointment hanging over me since well, I actually didn’t get to see any balloons in 2017 – the year I wrote this – and I’m pretty annoyed about it. I was totally unprepared for this year’s Bristol Balloon Fiesta, despite knowing that I would be going. So here are the tips I’ll be giving myself for next year.

A true highlight of the Bristol balloon fiesta is the night glows. There were already people in the thousand’s milling around the festival which is fantastic to see and speaks volumes for the event’s popularity, but as we were leaving (because we couldn’t face waiting ANOTHER 3 hours until the night glow), there were thousands more ascending for the evening’s festivities and well, so I think next year I’ll be going on Thursday night in the hopes of smaller crowds – wishful thinking?

Do Keep a Close Eye on Twitter for Announcements

One thing I noted from my unpreparedness for the Bristol balloon fiesta was a) the lack of information on-site about the timings surrounding the balloons and b) the lack of people to ask about said timings when your internet is down. It seems Twitter and Instagram are the preferred platforms for announcements so I’ll be keeping a close eye on them next year – and not relying on the organisers to announce it over the speaker I was sat next to.

After spending four hours at the Bristol balloon fiesta, not realising the balloons wouldn’t actually come back after there morning ascent, I filled the time with chicken and churros before realising at 6pm that the next scheduled mass ascent wasn’t actually going to take place. I couldn’t face waiting any longer for the night glow as the crowds began to swell, so I cut my losses and headed home with a box of churros to lift my spirits – that was until we found the side of fried spider. (Gross!)

Next year, I will be joining the morning club at 5am for the morning ascents since they seemed most likely to happen, returning again around 7pm for the Night Glow but meandering around the city elsewhere in between – or having a nap.  I will definitely attend Thursday’s Night Glow, and note down the timings of the mass ascent over the weekend heading to the site ONLY if it’s announced they will take place. This is to avoid eating churros.

The Ferris Wheel is Waste of Money…

… and the attendants are damn rude!

Sure there’s lot of tempting food dotted around the Bristol balloon fiesta site, and its difficult not to want to eat it all, but with prices soaring high I think next year I’ll limit myself to a single vendor and fill the rest of the time with a homemade picnic. At £8 for a large Pimms, I think I’ll also bring a flask of homemade pimms too! 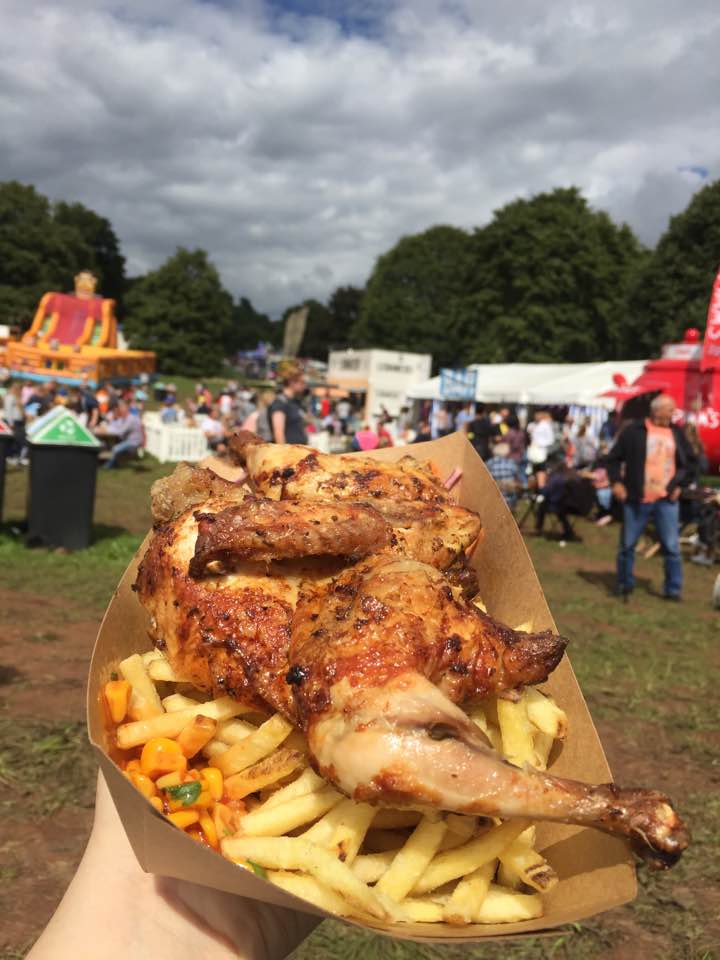 The host of Bristol balloon fiesta – Ashton Court – is about a 25 – 30 minute walk from Bristol Harbourside, so if you’re not in a position to walk from home, I’d highly recommend finding your way to the harbourside and walking from there. The traffic coming in to Ashton Court for Saturday’s night glow hit gridlock that backed up all the way to SS Great Britain and beyond, not to mention the absolute bedlam at the end of the evening.

I don’t mean to sound like a bitter moaner because the event itself is fantastic, and at the risk of sounding like a spoilt child who didn’t get to see the big balloons, I do hold myself completely responsible for the disappointment that ensued over my lack of organisation.

How to Make a Kick …

Celebrating the 175th Birthday of …

How to visit Auschwitz concentration …