Spice Girls isn’t a band, it’s a movement. And that could certainly be said for the thousands of women stood in torrential rain belting 90s classics.

I had the pleasure of seeing the Spice Girls at Ashton Gate Stadium, and this is an account of my experience.

Born in 1991, I was raised on Zig ah Zig Ahs but the real question is – which spice girl were you growing up? For me it was Sporty Spice. Back then I preferred activewear over skirts and makeup – a tomboy if you will – and to have an idol who shared the same preference for her natural self and comfortable clothing was invaluable. I guess looking back now, I can understand how important representation truly is for the younger generation.

When the reunion tour was first announced, there was no question if my friends and I were to go, the only question is which Spice Girl would we each be? Naturally with five of us we each fell in to our roles easily enough. 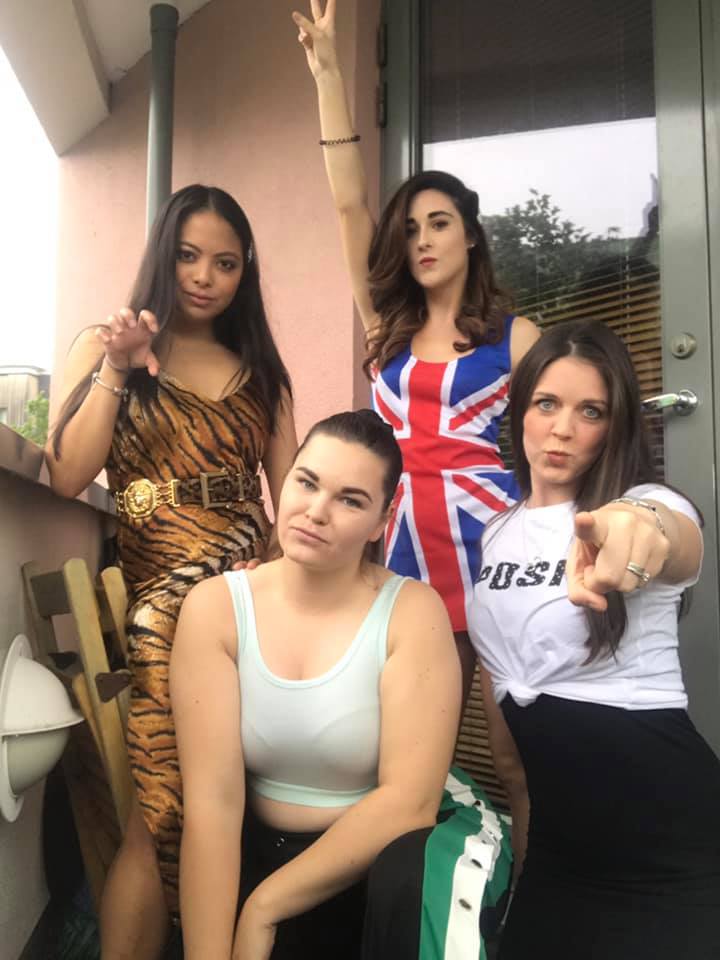 Spice Up Your Life!

At 8.30pm prompt, dancers dressed in an array of sparkly outfits, each representing one of the four Spice Girls performing took to the stage.

Kudos to the costume designers who took each Spice Girls’ identity and added a modern twist – even if Team Sporty resembled a sparkly version of the kid’s TV show Lazy Town. The star of the show was without a doubt Scary Spice’s glitter leopard print jumpsuit.

Distracted by the glitter and ab-rageous dancers (seriously though, their abs were insane) the women of the hour appeared up from a platform straight into Spice Up Your Life! They came out with a bang, quite literally as Fireworks exploded from above the stage as the iconic anthem came to a close. 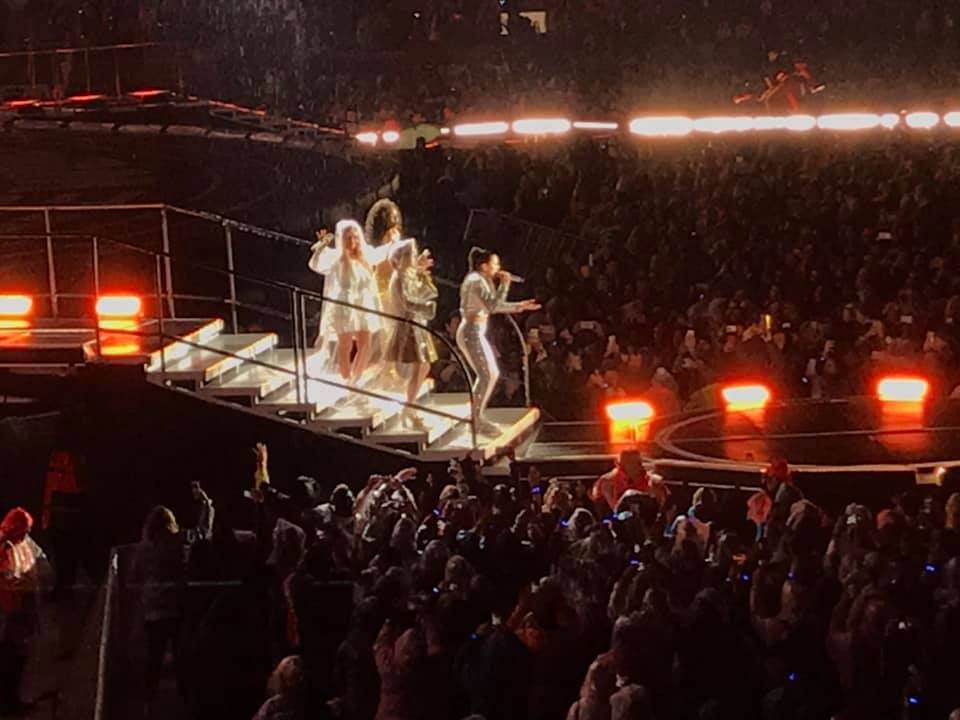 Soon enough the tempo slowed and Viva Forever inspired an onslaught of telephone torches from around the venue as the sky began to darken. There’s something quite special about individual lights turned on collectively swaying to a song, but we’d come to realise that Spice Girls had us all covered…

On arrival we were each given a free wristband, it was deemed pretty useless at first, that was until the instrumental to who do you think you are began and every wristband in the venue became activated in time to the music – how clever!! 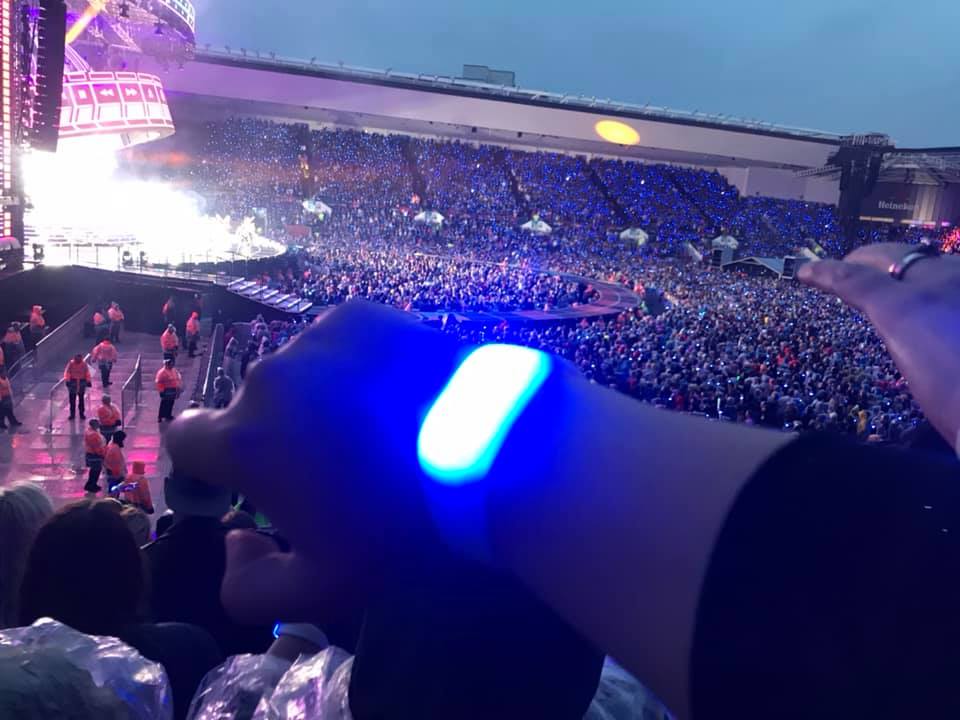 Activated wristbands during the performance

The wristbands continued to light up throughout the evening even through to Goodbye My Friends that saw the four power women shed a few tears as the lyrics “So glad we made it, Time will never change it” rang as true today, as they did when Geri left the band and inspired the song. 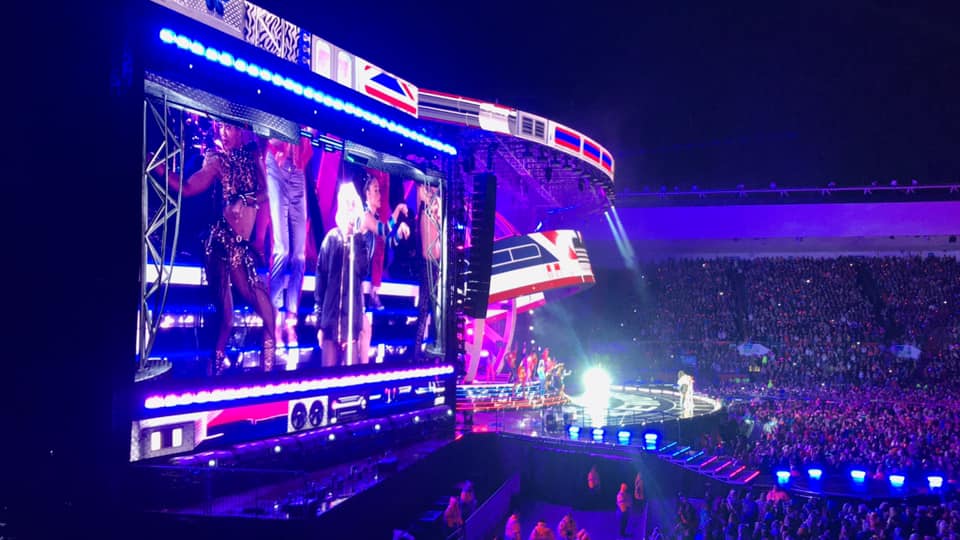 Written by the Spice Girls, Mama was written as a tribute to their Mother’s. And to stand on stage as Mothers themselves 22 years on from its release date was a truly magical experience – and a few of the Mums in the audience shed a tear.

After an hour and a half of iconic classics that will never age, the show drew to a close as the rain continued to pour.

As Geri said in a closing speech of sorts, Spice Girls is a movement for all women out there to build each other up. Girl Power was giving us all feminine positivity long before #feminist trended on Instagram.

How to Spend a Day …

What to Expect from London’…

How much will I spend …

The Best Restaurant in Lisbon …