The brainchild behind Cirque Du Soul who describe themselves as a ‘travelling collective energy of colour, magic and dance.’ The troupe hit up hideouts across the UK with their ‘burlesque meets bass, 21st Century’s Moulin Rouge’.

Combine this with the great outdoors and from glittered tits to disposable cameras – anything goes at this outdoor boutique UK dance festival.

In the name of complete honesty, I have no tolerance for recreational drug use (each to their own though), and I’m not exactly a dance music fan. So heading to a drug-fuelled house, techno and drum & bass rave probably wasn’t the smartest idea. But let me tell you why I donned space buns and dove headfirst into the wilderness, dripping in gold for a Saturday at one of GQ’s best music festivals in the world 2019.

So if you’re ready to escape down the rabbit hole for a ‘weekend of wild, colourful shenanigans’ – read on.

Disclaimer: the details provided in this review are based on a single day – staying outside of the festival – not a weekend ticket. 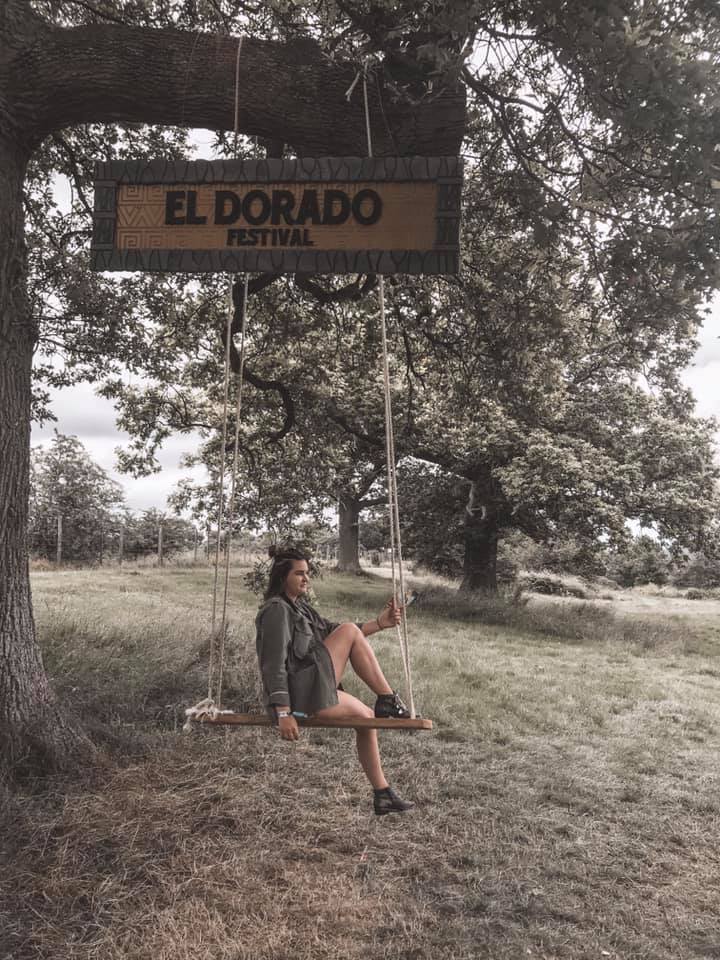 El Dorado Festival takes place in the grounds of the Eastnor Castle and Deer Park, from 8am on Friday 5th July 2019 to Midday on Monday 8th July.

We opted to stay outside of the El Dorado Festival Site, just ten minutes down the road in the Royal Oak Hotel Ledbury. At just £80 for Bed and Breakfast for two people in one room for one night, and free (but limited) car parking on-site, this seemed like the best choice for us. A taxi ride cost £10 one way from the hotel to the El Dorado Festival Yellow Gate. 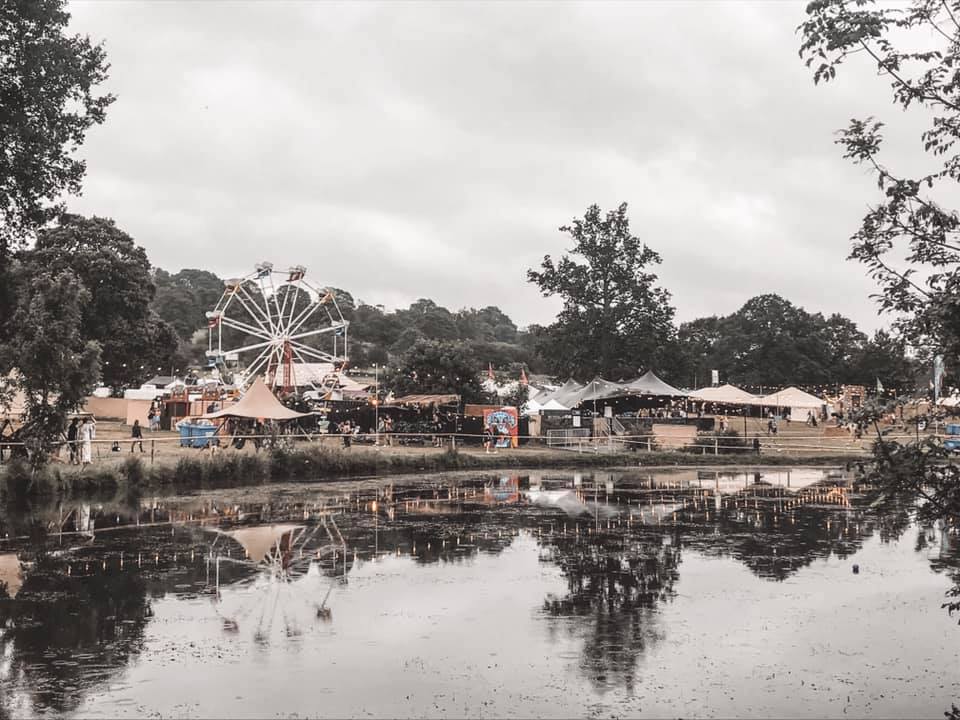 A View of El Dorado Festival

On arrival to the yellow gate, we had a bag and body search, and our e-tickets were scanned in exchanged for a wristband. The wristband is vital as it contains your RFID tag that will become your wallet during your time on the festival site.

Your wristband can be topped up at any point from the top up booths below, as well as checking your balance.

As a day ticket holder, there is no re-admittance if you leave the festival site.

No alcohol is allowed to be bought onto the main site.

Be warned though before you get cash happy – any leftover money on the wristband can only be claimed back between the Tuesday and Friday after the event, using the code on the back of the tag – so keep hold of your wristbands!! 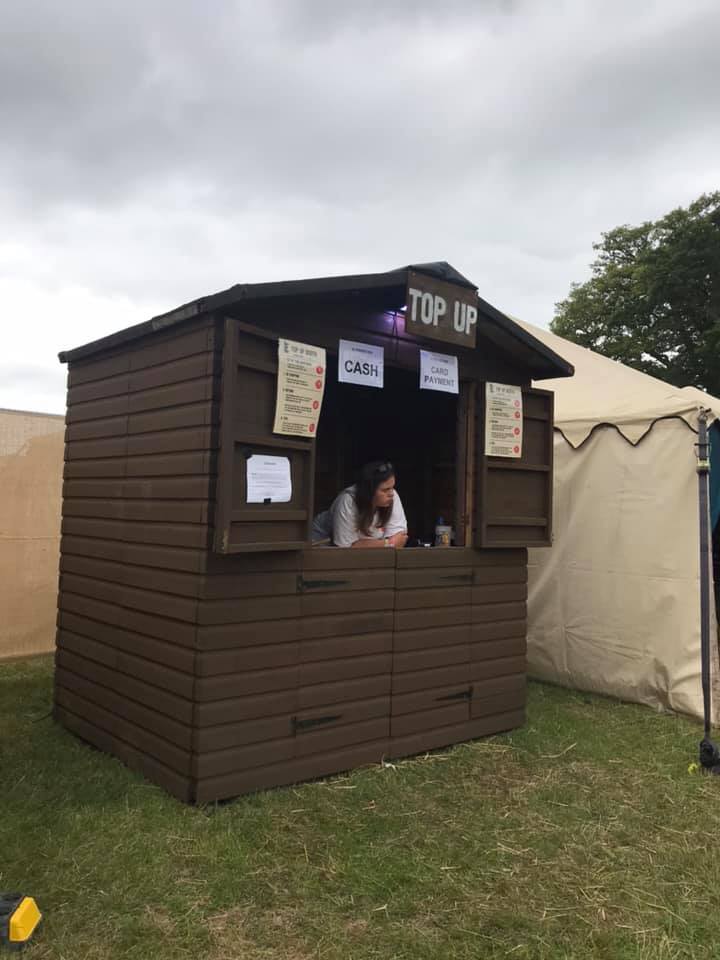 Those who prefer the finer things in life, or perhaps seeking something a bit more special, can make a reservation at the Brother Marcus Restaurant – a private dining experience for lunch (£25pp) or brunch (£20pp) from one of London’s top restaurants. 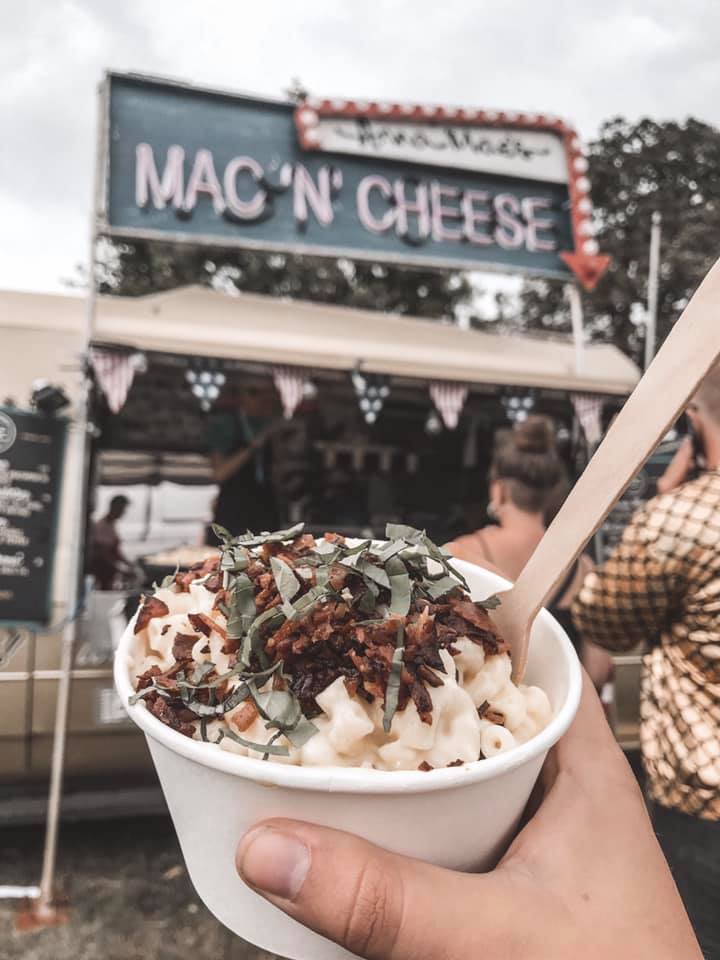 There are two main bars on the site – the Tipsy Gypsy opposite the Garden Stage and a second bar between Mount Boom and Cirque Du Soul. There’s a further Cocktail bar next to The Boudoir, a slightly hidden The Gary Bar Low on the way to The Nest, and a Kraken Rum Freaky Tiki Bar next to the ferris wheel.

On foot, you’ll can also grab a frosé from the wine van next to The Sassçienda, a mobile Bloody Mary van, and guys walking around with portable beer pumps.

There are a number of free water points available across the site, as well as jugs of water on the bars.

The bar issue reusable cups only, for which you have to pay £1 as a compulsory measure. There isn’t any reason why you can’t bring your own though – this is what we opted for to prevent any spiking incidents. You can pick up cup and straws from the likes of B&M and Primark for a couple of quid. 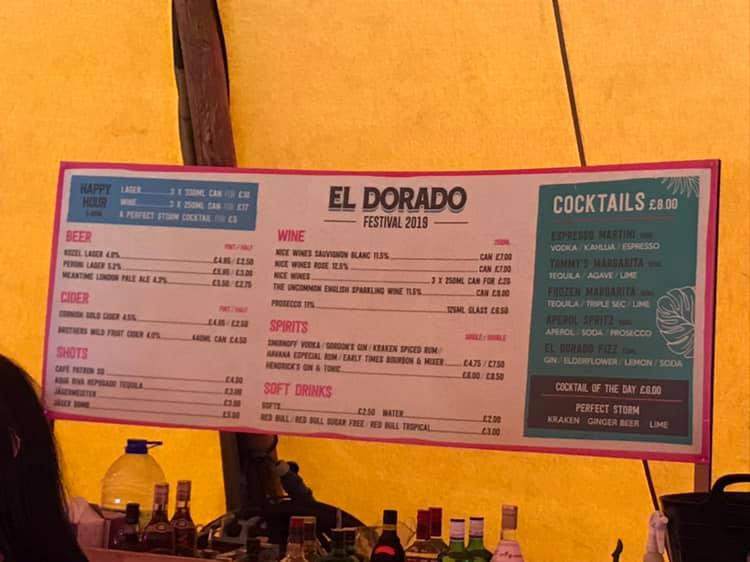 Be transported to the Mayan Mountains with Aztec vibes at Mount Boom.

Hidden within the canopy of the woods, laid out in amphitheatre style is The Nest.

By far the most popular stage of 2019, you’ll find Treasure Island floating in the middle of the lake, recognisable by its pirate ship.

Perhaps the liveliest of all the stages, by day Cirque Du Soul is where you’ll find the Circus Skills Workshops, 80’s Lycra Parties and rowdy games of Bingo, by night it becomes a DJ hot spot.

House, Disco and Techno is found at the undercover El Paradisco

Nicknamed the ‘Twisted Playden’, the Sassçienda is where you’ll find Drag, freak shows, burlesque and DJs.

The Boudoir is an intimate tent where you’ll find Disney karaoke, yoga and live acts throughout the weekend.

And the main stage of the festival is The Garden, directly opposite the Tipsy Gypsy bar which later becomes a DJ central itself. The Garden stage is where you’ll find the headliners plus the Grand Finale on the Sunday evening.

Mount Doom, Treasure Island, The Nest and The Garden stages are open to the elements, but the remaining stages are undercover. 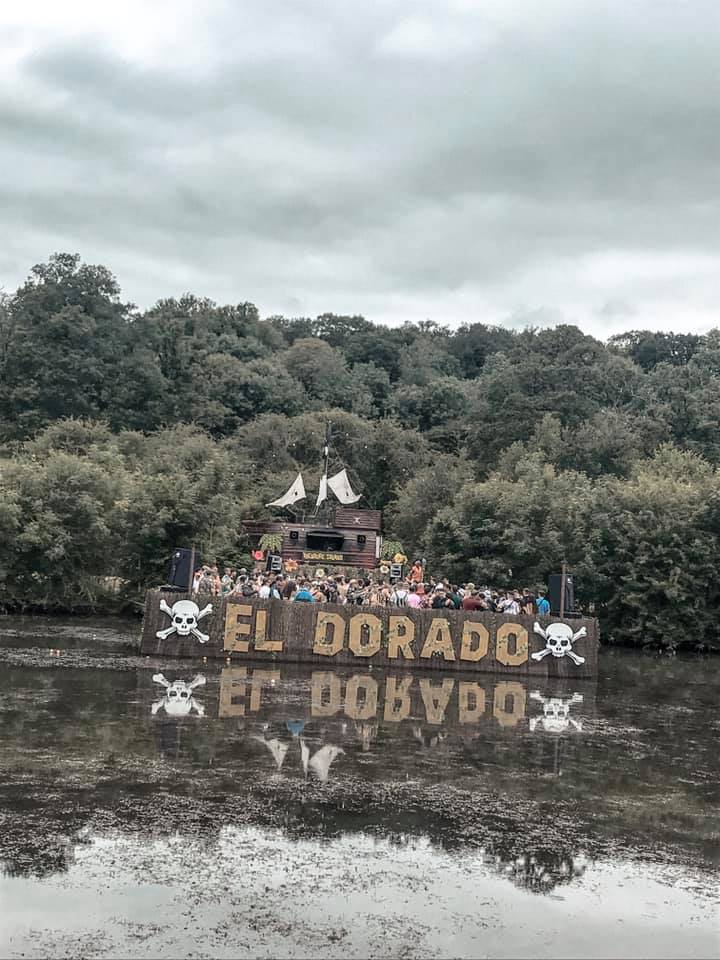 Each day carries a theme – for Saturday 2019 it was Gold and for Sunday 2019 it was Jungle Boogie – announced before the festival start date. On-site you’ll find the Gypsy Shrine for your glitter needs – £10 half face / £20 full face – other body parts available.

Live out your unicorn dreams with a collection of fantastical clothing from The Fantasy Tribe.

Within the Bizarre Bazaar you can go thrifting with vintage and festival suppliers its & Bobs Vintage, Jack Fruit and Crooked. 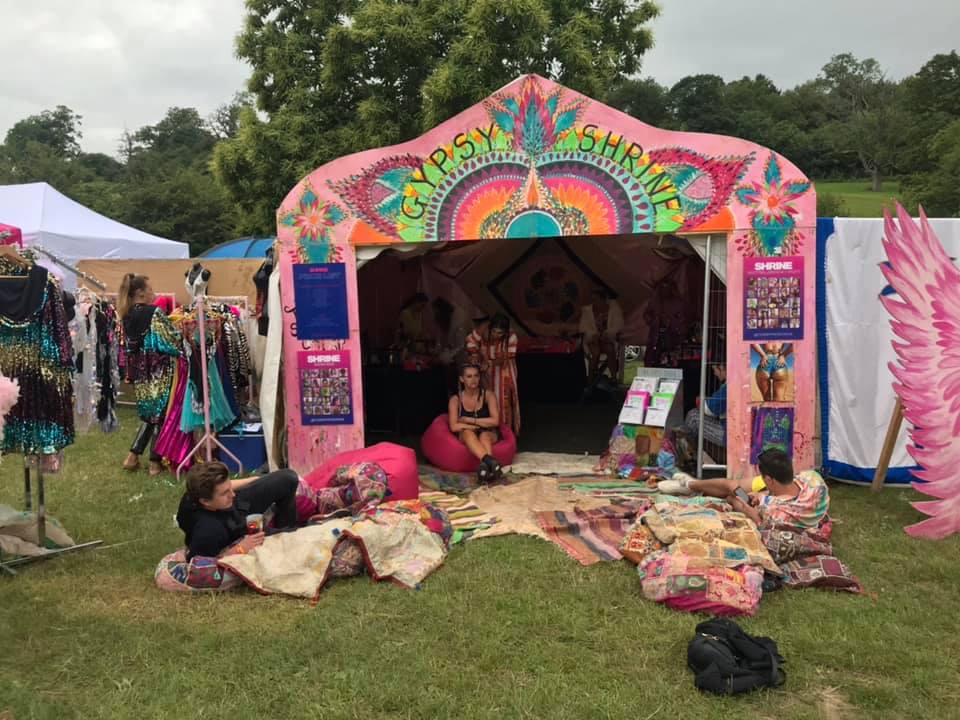 If there’s one bit of advice I’d give you, it’s to pick up a programme on arrival! There’s so much going on across the site that it becomes hard to keep track. From Reggae Yoga, Rocket Yoga, Disney Karaoke, Bingo Lingo, Twerk Shops, Circus Skills Workshops and so much more, it’s worth planning your day – or weekend – ahead.

These little extra activities are really what drew us to the festival. 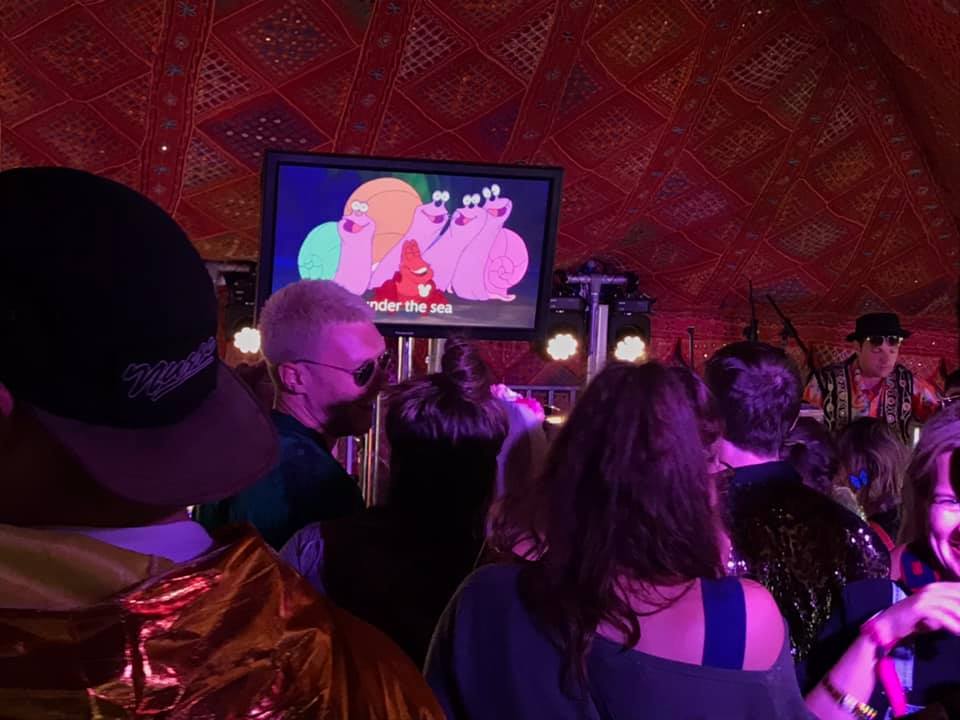 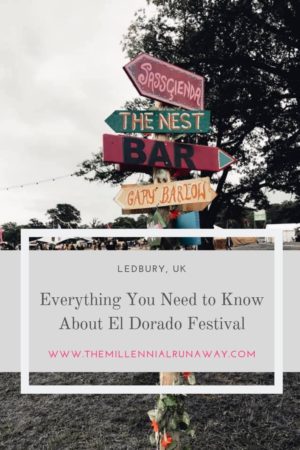 Satiety and Pride for Bristol’…