While the Romanian capital remains a fairly undiscovered tourist location, there’s plenty of things to do in Bucharest. There’s enough of Bucharest’s architecture and historical site to keep you occupied for days, most of which can be crammed into two (free) walking tours allowing you free time to discover the following lesser-known sites.

ROL Cruises named Bucharest as an emerging city to visit in its 2019 roundup of best European city breaks.

Things to do in Bucharest: Activities

If you think Therme is like any other spa, it isn’t. If I had to suggest just one of the many things to do in Bucharest, Therme spa would be top of the list. Why? Because it’s a hidden oasis that can be visited for as little as £10 for three hours. But the entry fee doesn’t just bid you entry to Europe’s largest wellness centre, there’s a whole host of activities going on throughout the day from aqua aerobics in the pool, to facial peeling in the sauna- all complimentary. And with a free Shuttle Bus to and from Bucharest’s Centre, it’s an inexpensive day out to paradise. Click here for my top tips for visiting the spa. 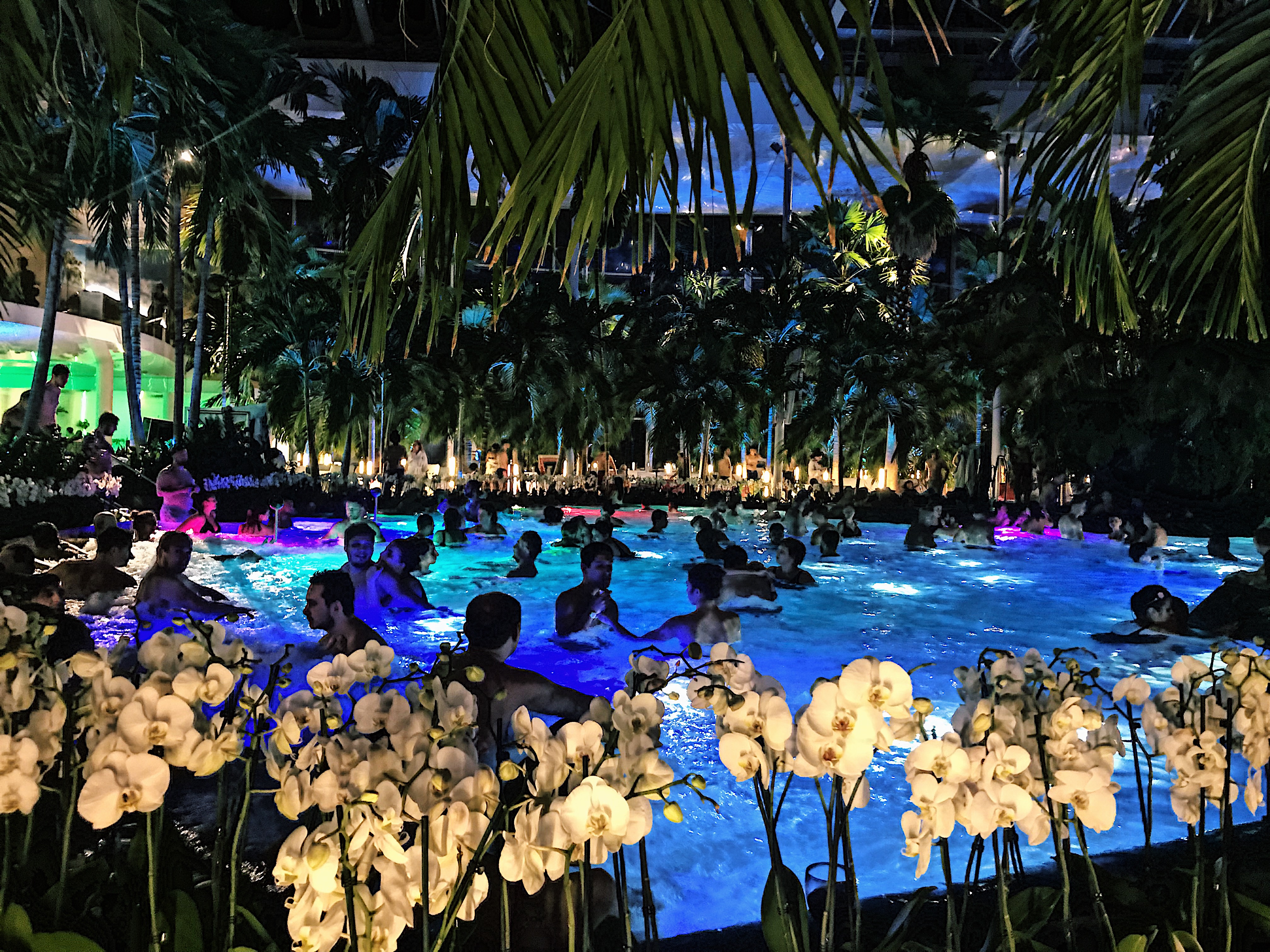 Eat With Mihai and Miruna

Out of all of the things to do in Bucharest, this experience is one of my favourites. And Eat With is fast becoming my favourite travelling platform, and an experience I’ll now lace in to any new place I visit. In short, Eat With connects locals with travellers like a modern-day supper club. Mihai and Miruna are the perfect Bucharest hosts with a cosy home, fantastic culinary skills and great conversation. You can read about my experience here. 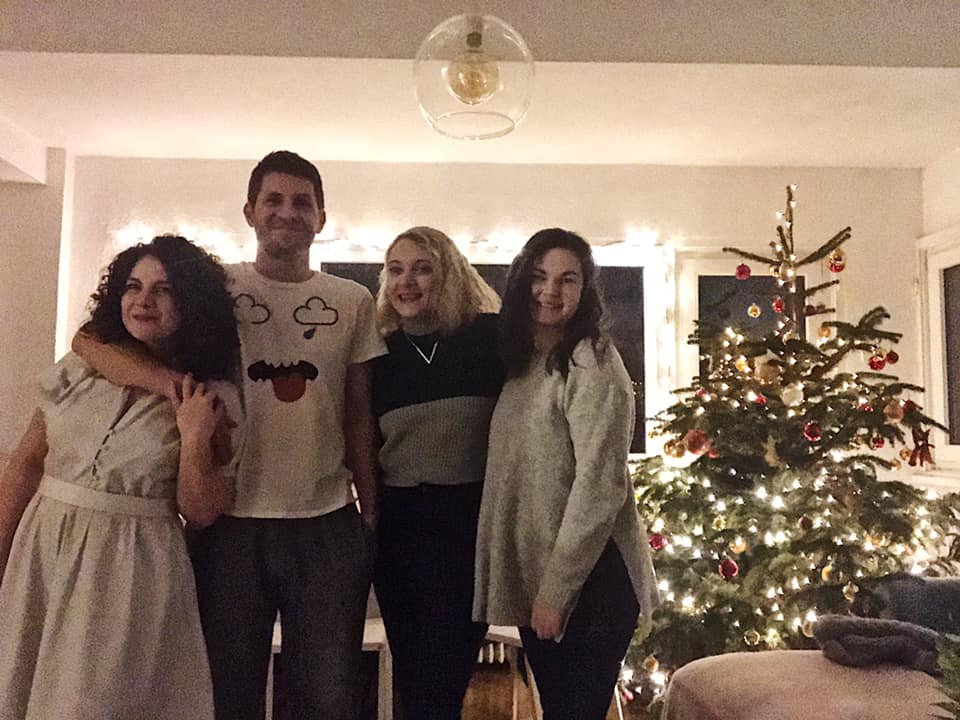 Our Eat With Hosts Mihai and Miruna

Whether you’re a tea connoisseur, or just looking for a little gem to rest your feet, then this place is it. It’s motto “where tea is drunk, civilisation begins” dates back to the discovery of tea by Emperor Shen Nung that is laced throughout their menu.

Legend has it that Emperor Shen Nung would drink only boiled water to reduce the risk of diseases when one afternoon, leaves from a wild tree blew into his pot of boiling water without his knowledge. When he tasted the water, now infused with leaves, he described a warm feeling as he drank the intriguing brew, as if the liquid was investigating every part of his body.

Head upstairs to the attic for a wooden hub, with little cushioned pods in which to while away a few hours with a cup of tea and a good book. 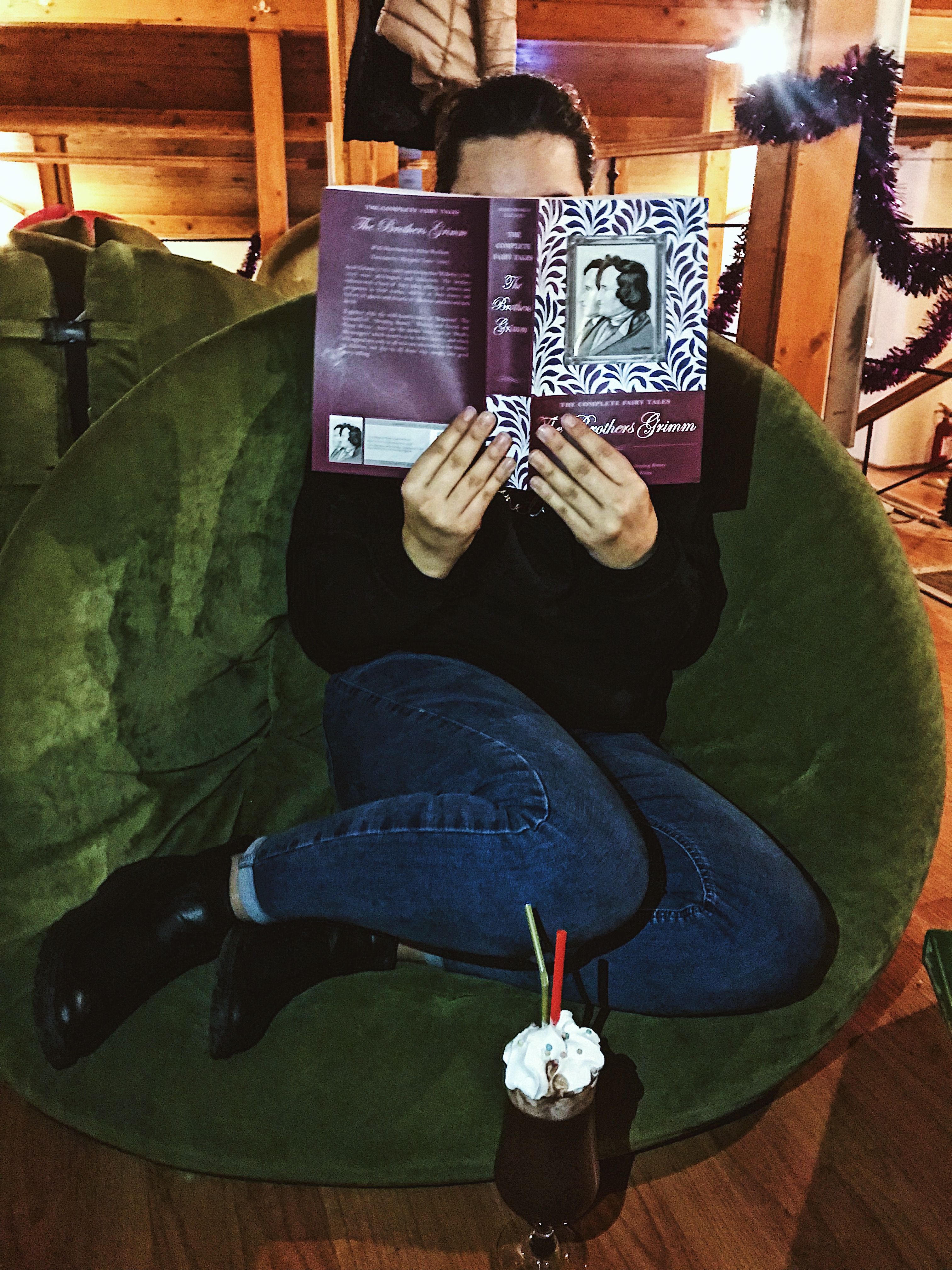 Inside the Attic of Ceainaria Bohemia Tea House in Bucharest, Romania

Recommended by EatWith host Miruna, Antix ExLibris is a must visit for bibliophiles – or anyone looking to bag a book bargain. This second hand book store stocks primarily English books for up to 70% off RRP. Take home classics such as George Orwell’s 1984 and Animal Farm, Grimm Fairytales, The Great Gatsby and more classics for under £2. 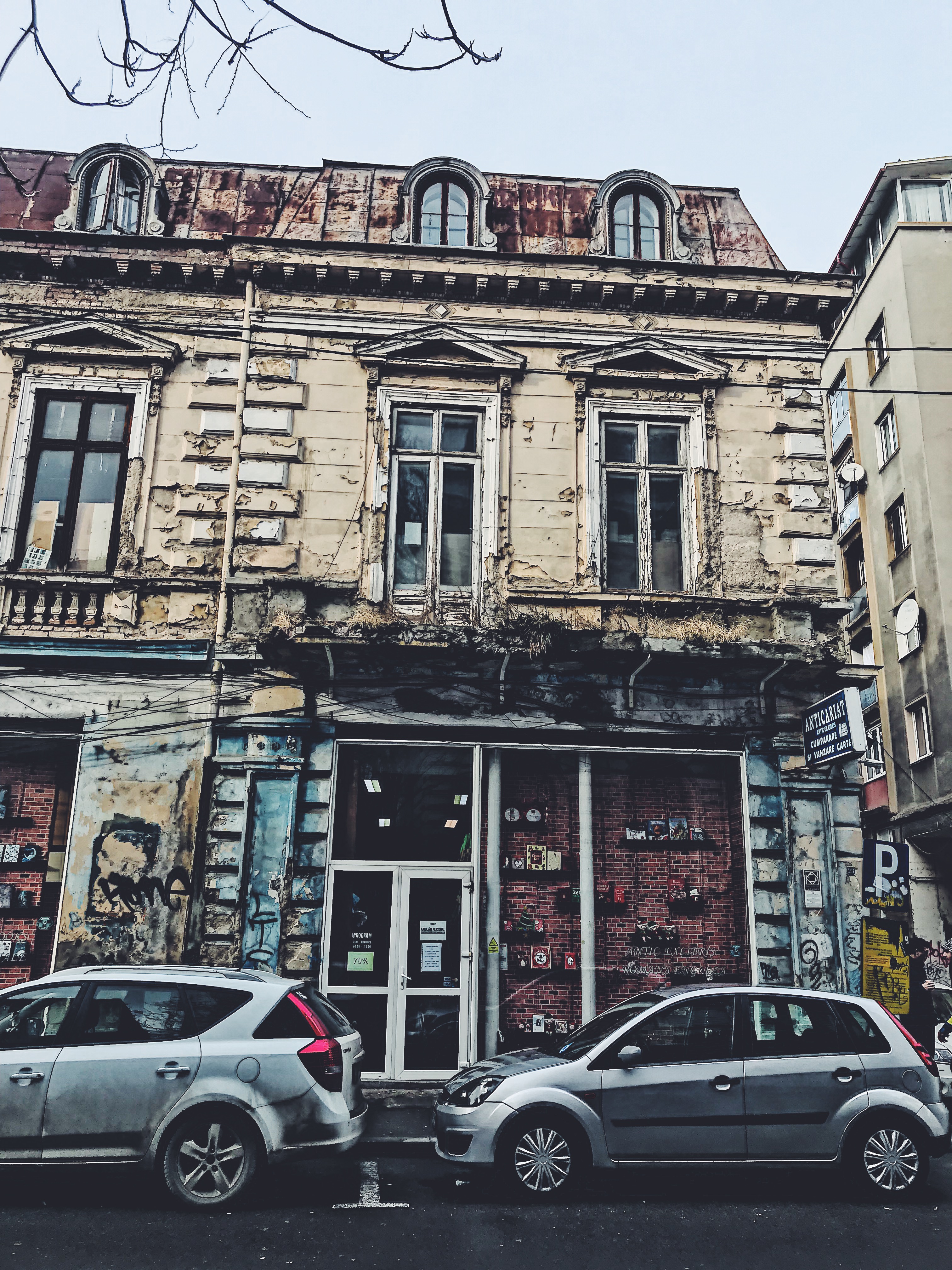 Located on the Calei Victorei is Bucharest’s first piece of French architecture and the oldest hotel in town – Casa Capșa – opened in 1852 by Brothers Anton and Vasile Capșa. The third brother Grigore Capșa is responsible for Cofetaria Capsa – Buchaerest’s oldest cake shop that resides within the same hotel.

Grigore Capșa studied cuisine at the renowned Boissier in Paris for four years, so skilled was he, that the French Imperial Court wanted to recruit him, but with dreams to open his own business he refused the proposal to return to Bucharest and founded the first confectionery shop on Calea Victoriei.

With its acquisitive french desserts never before seen in Romania, Casa Capșa fast became an established confectionery with a continent-wide reputation attracting high profile associates and members of of the Royal Palace.

Today, the confectionery is accessible via a side door of the hotel but with only two small tables in which to taste your purchase, you’ll need to time it right. Unfortunately, I did not. Visiting on New Years Eve when the whole of Bucharest were ordering cakes for their evening celebrations – I couldn’t even get through the door. Better luck next time? 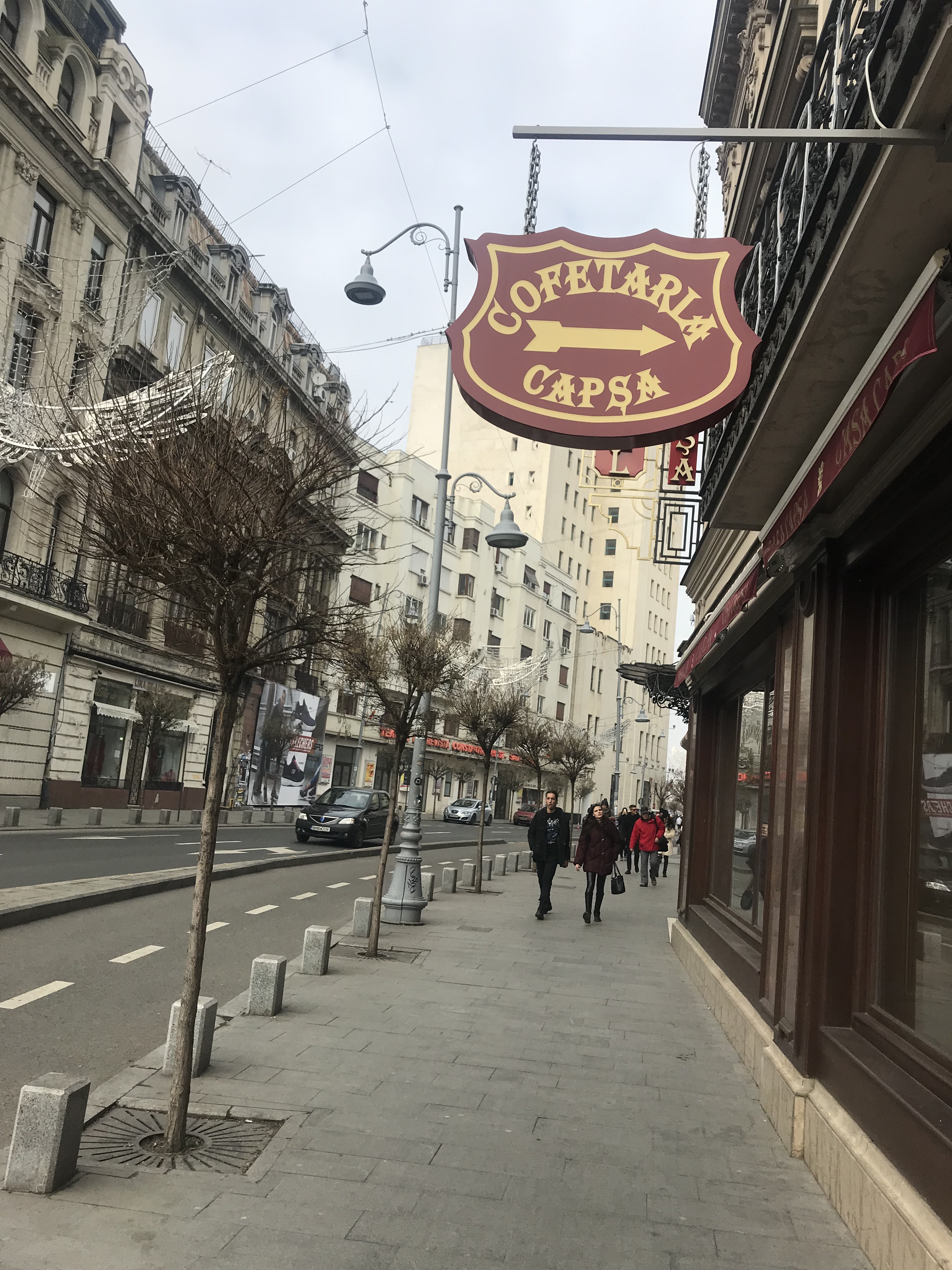 I stumbled upon the bazar by accident, whilst actually looking for the bazar, except I didn’t realise it was where I was looking for until later. A fairly small antiques market, it’s still worth a visit to unearth some hidden treasures. I picked up a traditional painted egg shell for 10 lei, and it’s my favourite souvenir from Romania. 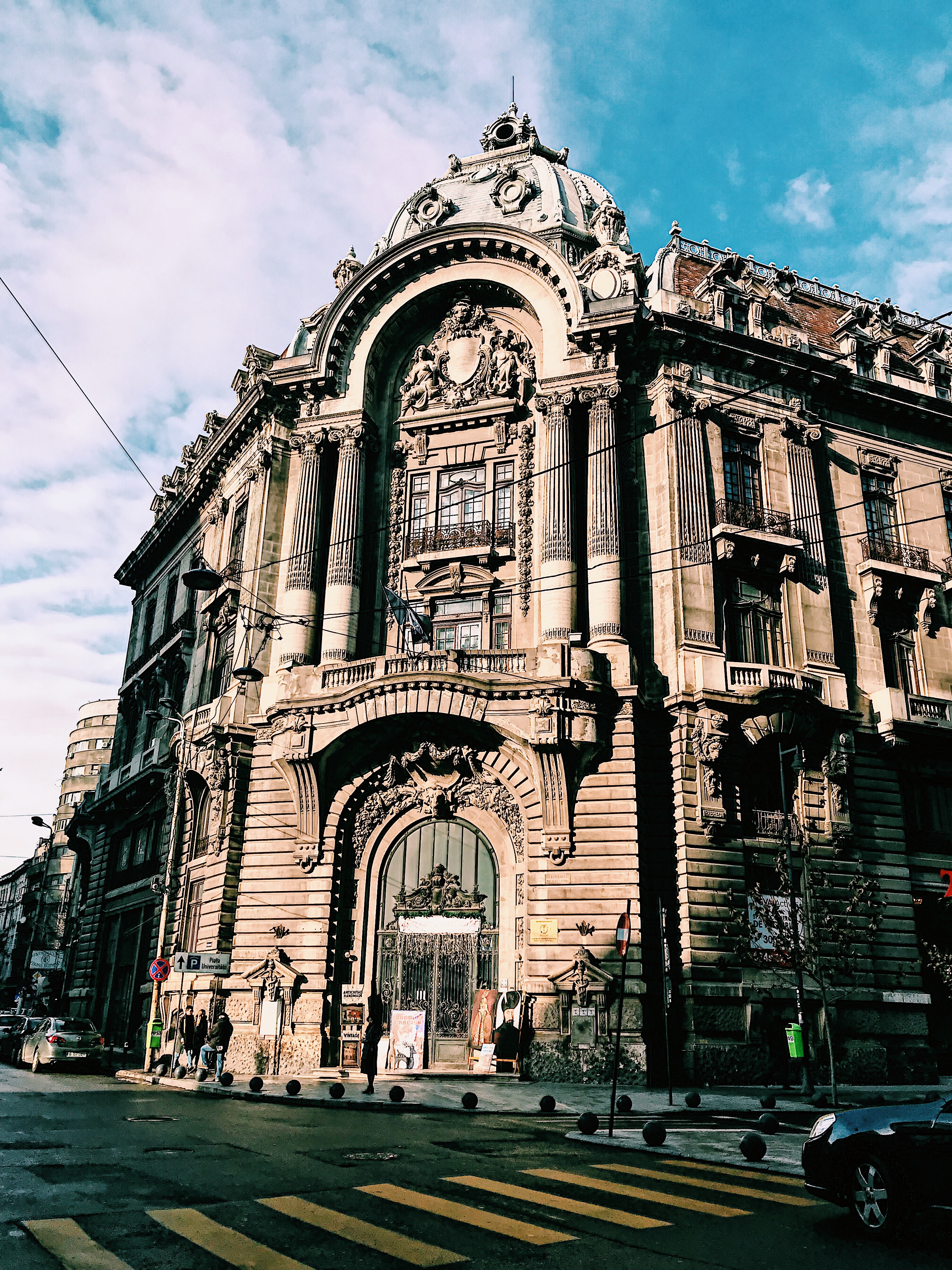 Not to be confused with the famed Cărtureşti Carusel, Cărtureşti Verona is one of many other Cărtureşti stores across Bucharest and Romania. Not to be overlooked, this former 19th century house belonged to the Romanian aristocratic Sturdza family. 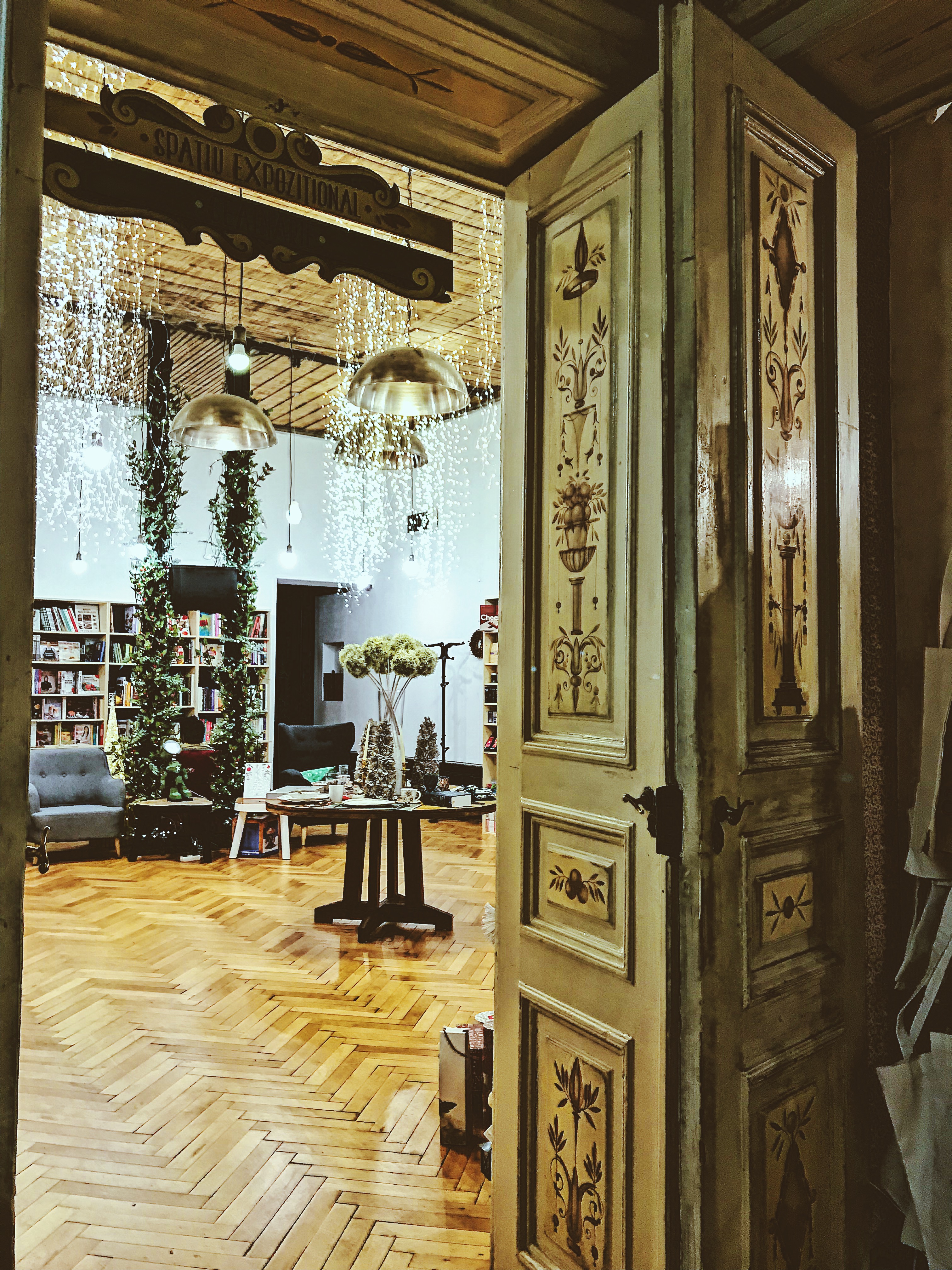 Did you find this useful? Let me know in the comments!

Should You Stay at Venice …

A Day Trip to Stonehenge