I visited Fort William in October 2018 for a weekend (Friday to Sunday) with the sole purpose of climbing Ben Nevis. Making the drive from England, it took us the entire day on Friday to reach Fort William, and the entire day to return home Sunday. Therefore, it didn’t leave much time for sightseeing as climbing Ben Nevis can be laborious and both mentally and physically exhausting – but I managed to fit in these few things to do nonetheless.

Well we might as well start with the obvious one – and the likely reason for your visit! Standing at 1,345 metres above sea level, Ben Nevis attracts an estimated 100,000 ascents a year. Resembling something out of space, the summit is the collapsed dome of an ancient volcano, and features ruins of an observatory which was continuously staffed between 1883 and 1904.  It can reach minus temperatures at the summit, so be sure to pack your thermals! Click here for some top tips to climb Britain’s highest mountain.

Otherwise known as ‘The Harry Potter Bridge’, the Glenfinnan Viaduct is worth a quick visit before you leave. We managed to fit this in before leaving on the Sunday and, getting there at 8am-ish meant I had the whole place to myself!

The viaduct is easily accessible by car from Fort William. Use the Glenfinnan Visitor Centre as your Sat Nav guide, but take the turning after to park in a small private car park. You’ll see a path at the end that says ‘private road no unauthorised vehicles’, follow this path until you see the great concrete structure looming in front of you. The path itself is pavement, but the surrounding marshes around the viaduct can be quite boggy – so be sure to wear some old clothes!

If you have more time consider the riding Jacobite Train that travels across the viaduct, or further hikes nearby for a vantage point to watch the train ride by – reminiscent of the scene in Harry Potter.

In the middle of the 18th-century, strict English laws around marriage led to the elopement of many English couples to Scotland – where marriage laws were more relaxed – to marry in haste and often in hot pursuit. On the main route from London into Scotland, Gretna Green was the first village, and The Blacksmith’s Shop the first building, that couples reached on entering. Scotland, and therefore became the venue for many a runaway wedding.

A visit to the famed Blacksmith’s Shop today will reward you with some fabulous shopping opportunities. And, you can still get married there today. (Hopefully, with less scandal). So if you’re making the drive to Scotland from England, you absolutely can’t miss a visit to Gretna Green’s Blacksmith Shop. 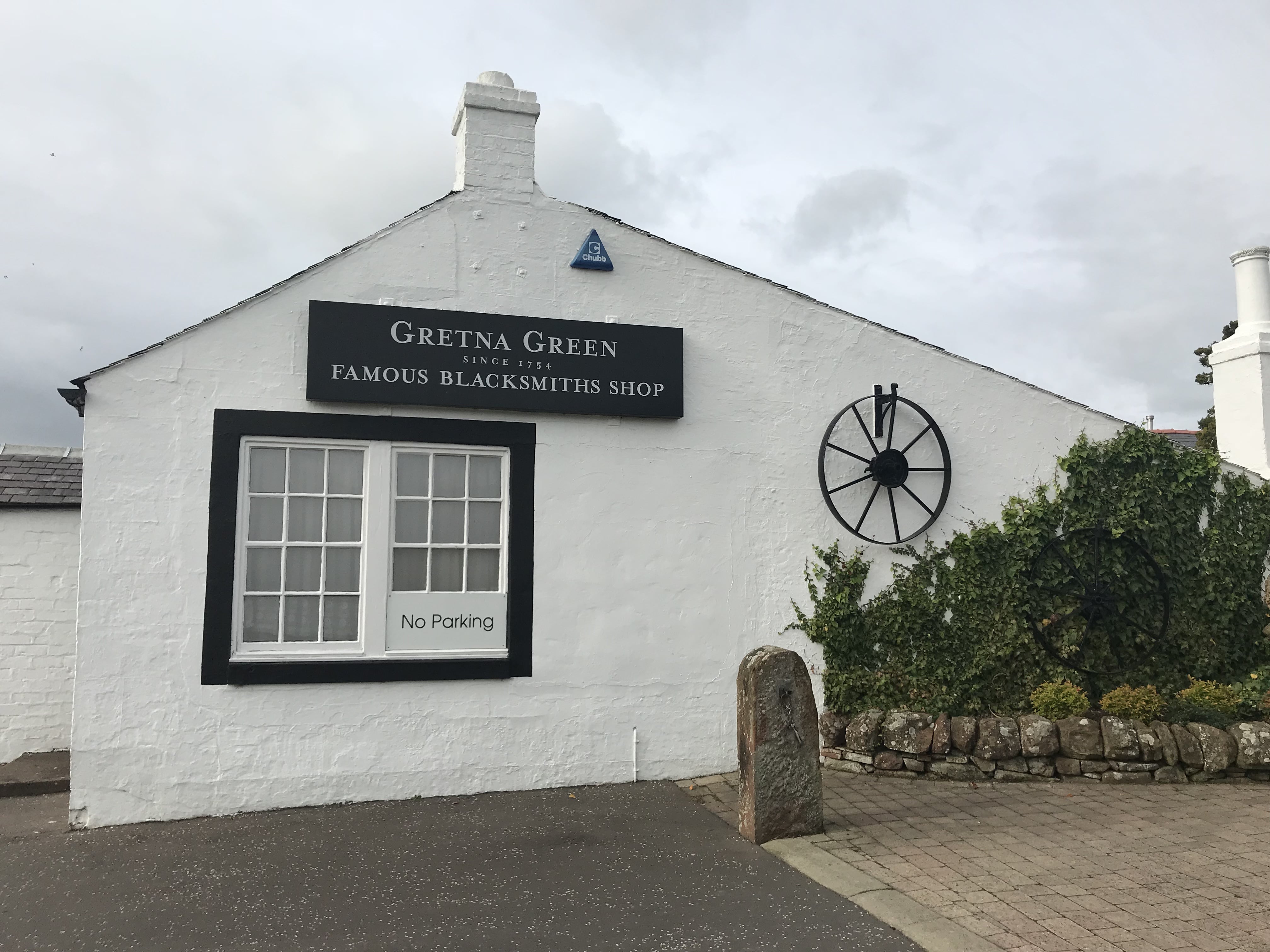 A (very) small snapshot of The Famous Blacksmith Shop at Gretna Green.

Officially named The Golden Harvest, and later MV Dayspring,  Corpach’s 1975 fishing vessel ran aground in December 2011 due to raiser chain failure during a heavy storm. Here it has remained beached on Loch Linnhe for over six years falling into decay. So much so that a distress beacon was triggered due to further deterioration, sparking a coastguard rescue team to search for the device in the early hours of a June morning in 2017. The vessel has become an iconic image for the area, with thanks to its perfect placement of Ben Nevis in the background.

This is just a snap shot of things to do in Fort William, with more time you could visit the Ben Nevis Distillery, browse the high street, take some other (flatter) hikes in search of Highland Cattle and of course explore more towns in the Scottish Highlands. But if like me you’re pushed for time, I hope these will at least leave you with a thirst for Scotland. And of course, don’t forget to try some Haggis, Irn Bru and Tablet!