“Architecture in Bucharest is like a slice of cake.” says Monica our walking tour guide. Completely unaware that she almost quoted Shrek, I side eye MJ Explores who shares my wit as in both our heads we hear ‘CAKES! Everybody loves cakes! Cakes have layers.’

I may have digressed a little, but Monica’s likeness to a slice of cake is right. Wherever you sit in Bucharest, you see different layers in history reflected in the architecture.

And with so much history surrounding Bucharest, the simplest way to find out all the facts is with a walking tour. Fortunately, Bucharest has two free walking tours available. Having joined both, many of the facts included here are with thanks to Monica and Michele (pronounced Mi-kay-lah) our guides.

It houses the second largest administrative building in the world

While there is a lot of controversy surrounding Bucharest’s Palace of the Parliament, there’s no denying its grandeur.

Second only to The Pentagon, it’s height is also mirrored in its depth at 86m high and 92m deep. Boasting nine underground levels, one of which rumoured to be an atomic bunker, the Palace of the Parliament is one of the heaviest buildings in the world. 95% of the materials used in construction were Romanian materials, as a statement of power and Independence that Romania could manage without outside help.

The building itself is technically still under construction, and likely will be forever more, since only 400 of the 1100 rooms are in use and a 4m euros maintenance bill to match. 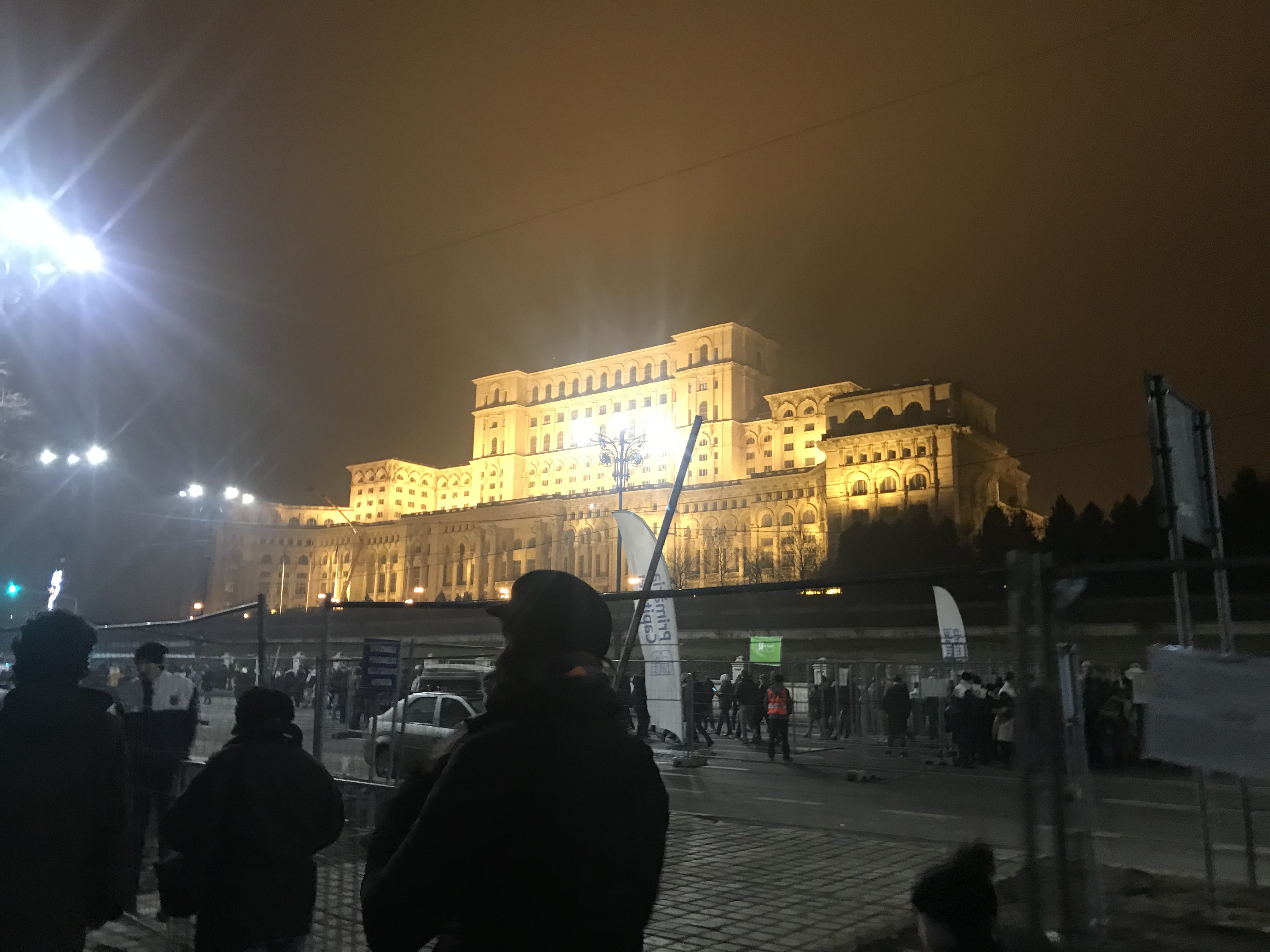 The important buildings are called ‘Palaces’

Oddly enough, it’s most important buildings are referred to as Palaces and as such you’ll find a Palace of the Post Office, Palace of the Telephone Building (pictured) and Palace of the Bank to name a few. The reason for this is one of fashion, Bucharest took a fancy to the French and adopted much of its mannerisms.

It noted that ‘Palaces’ were notable, and decided it would name its grandest and important buildings as the same. 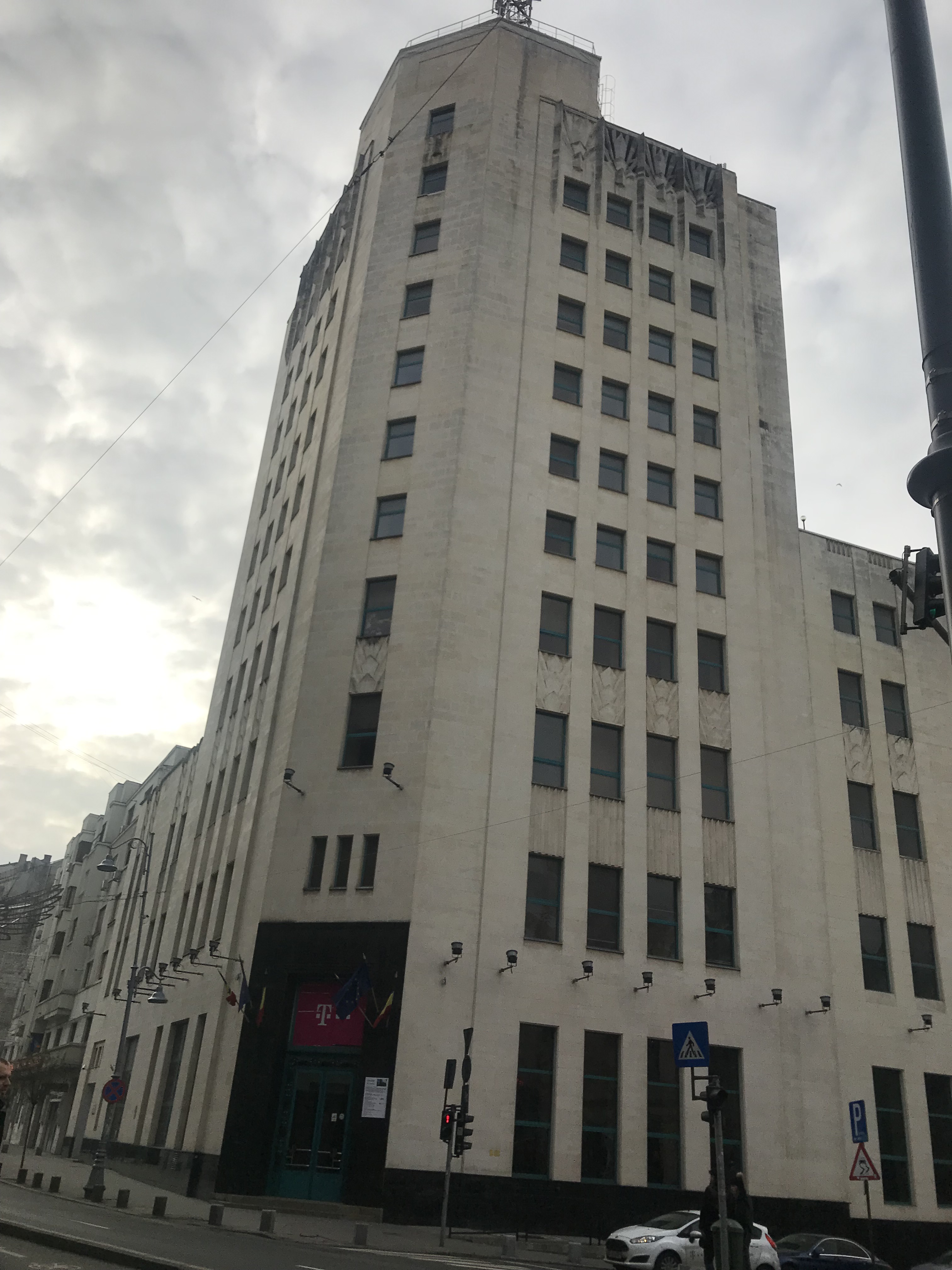 Palace of the Telephone, Bucharest Romania

It has its own Arcul de Triumf

Paris’ most famous monument – the Arc de Triomphe – that honours those who fought and died for France in the French Revolutionary and Napoleonic Wars was the inspiration behind Bucharest’s Arcul de Triumf.

When Romania gained its independence in 1878, the then wooden structure was erected so that victorious troops could march under it. The arch was rebuilt on the same site in 1922 following World War I. A third structure, that’s in place today was built some thirteen years later using Deva granite. 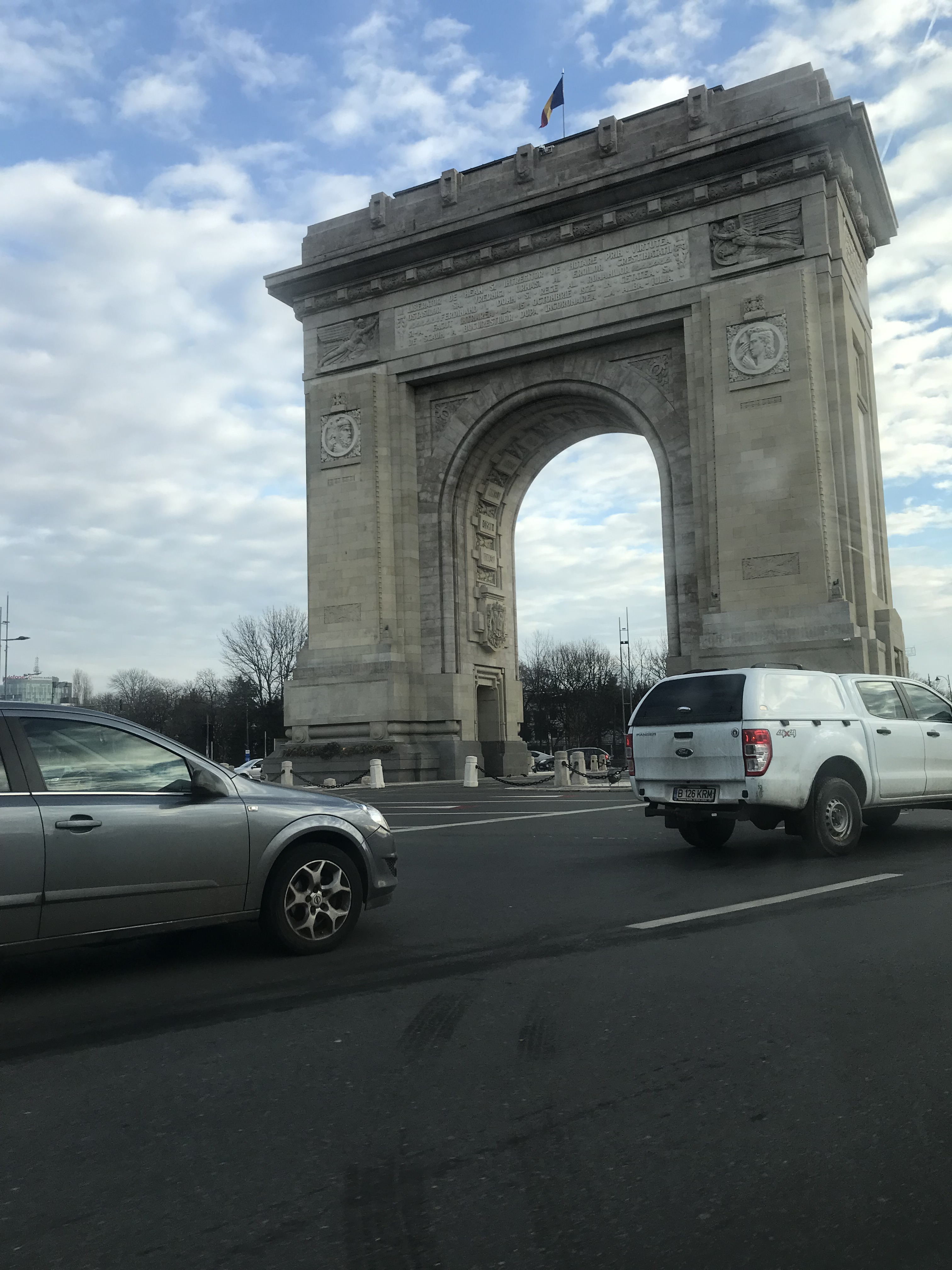 It had the longest Boulevard in Europe

Bucharest’s Bulevardul Unirii was communist Romania’s answer to Paris’s Avenue des Champs-Élysées, with a length of 3,500 m –  making it 40 m longer than its Paris counterpart. When constructed, it’s purpose was that of flamboyance, rarely used for transport unless a VIP was visiting.

Dracula is a myth, but the man he’s based on is real

Vlad the Impaler and Dracula are both nicknames for Vlad III, son of the ruler Vlad Dracul of Wallachia. Vlad Dracul is translated as Vlad the Dragon, who donned the name after becoming a member of the Order of the Dragon. The addition of ‘la’ means ‘the son of’ and thus Dracula was born.

Whilst Vlad was born in Transylvania,  it was custom for the oldest son of the ruler to be raised as tribute to the Ottoman empire of the time, and therefore he was not raised in Transylvania.

Coca Cola is older than Romania

At 126 years old, Cola Cola is older than 100 year old Romania. In 1918, Romanian won its Independence following the unification of Transylvania, Bessarabia, and Bukovina.

It gets confused with Budapest, a lot.

In 1992, Michael Jackson made Romanian history when the balcony at the Palace of the Parliament was not only first used, but as the first international concert following the fall of communism. Unfortunately when addressing the crowds he greeted ‘Budapest’ and not ‘Bucharest’.

In 2012, 400 Athletic Bilbao fans flew to Budapest, rather than Bucharest, for the Europa League final.

And if this article isn’t enough to convince you to add Bucharest to your bucket list, perhaps ROL Cruise’s Best European City Breaks in 2019 might!

Things to do in Gloucester …

Road Tripping in the Lake …